The History of Spa Treatments

Think spa treatments are a modern luxury? Think again. In some form or another, spas have been around for thousands of years, with the Romans being the first to introduce the idea of personal indulgence to Britain over 2,000 years ago.

If, like us, you love nothing more than a good spa day, why not learn a little more about the history and origins of your favourite spa treatments? Below, we’ve pieced together a timeline showcasing the UK’s rich history of spas, from their inception in the ancient Roman era up to the present day.

A Lasting Love Affair: The Origins of Spa Treatments in the UK

Here in the UK, spas have a surprisingly long history. Don’t believe us? The historic city of Bath provides all the evidence you need, with its ancient Roman baths, built around 43 AD, widely considered to be Britain’s first spa.

While it’s true the Romans loved to relax at their local spa – like much of their culture, the concept was borrowed from their forebears, the Ancient Greeks. But since the Greeks never settled in Britain, it’s the Romans we need to thank for kick-starting the UK’s enduring love affair with spas and spa treatments.

So, why was Bath chosen as the site for Britain’s first spa? It all comes down to the city’s thermal hot springs, which the Romans cleverly channelled into the purpose-built spas and baths which still stand today.

Not only were Roman baths used for rest and relaxation, but it was also widely believed that spa treatments could help to alleviate the symptoms of common ailments, including rheumatism and arthritis. And to this day, such beliefs are still widely acknowledged, with treatments such as massages and thermal bathing frequently recommended as a treatment for a range of conditions. 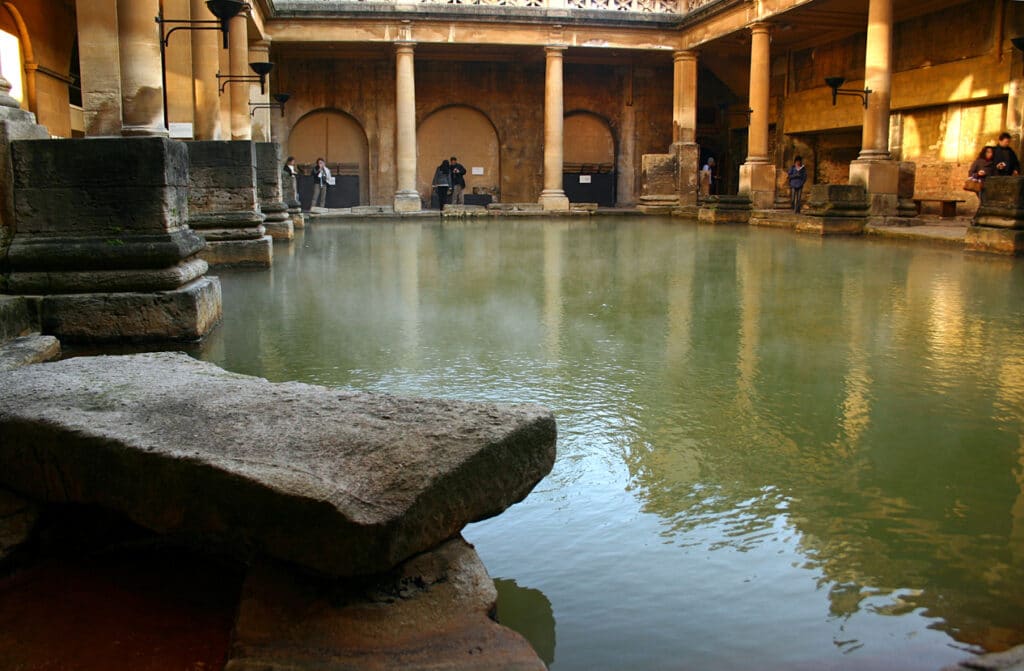 While few people had time to rest and rejuvenate amid the chaos of the Dark Ages, spas came to prominence once again in the medieval period. Indeed, this is the time when the word ‘spa’ first came into regular parlance, derived as it was from the creation of a new site in the town of Spa, Belgium, in the 14th century.

From then on, spas began popping up all over Europe, particularly on the site of natural hot springs – a tradition kept alive from the Roman period. From Scarborough to Budapest, by the 16th century, Europe was dotted with spas and bathing houses, and the idea of personal indulgence was catching on.

It was around this time that traditional Roman spas began to transition into the therapy centres we recognise today. Helped by the traditions of both Turkish bathhouses and Chinese medicine – which had passed to Europe along the great Silk Road trade route – spas began offering more than just bathing, with a range of treatments designed to soothe mind and body.

Of course, the medieval spa was hardly the height of luxury, cleanliness, or hygiene. Indeed, even up to the 18th century, poor sanitation meant spa facilities were plagued by hygiene and safety issues, with deadly outbreaks of cholera commonplace – yikes!

Still, modern spas owe much to their medieval predecessors, and without the courageous folk who braved the bathhouses and saunas of the 16th and 17th centuries, the treatments and indulgences we enjoy today may never have come to fruition. 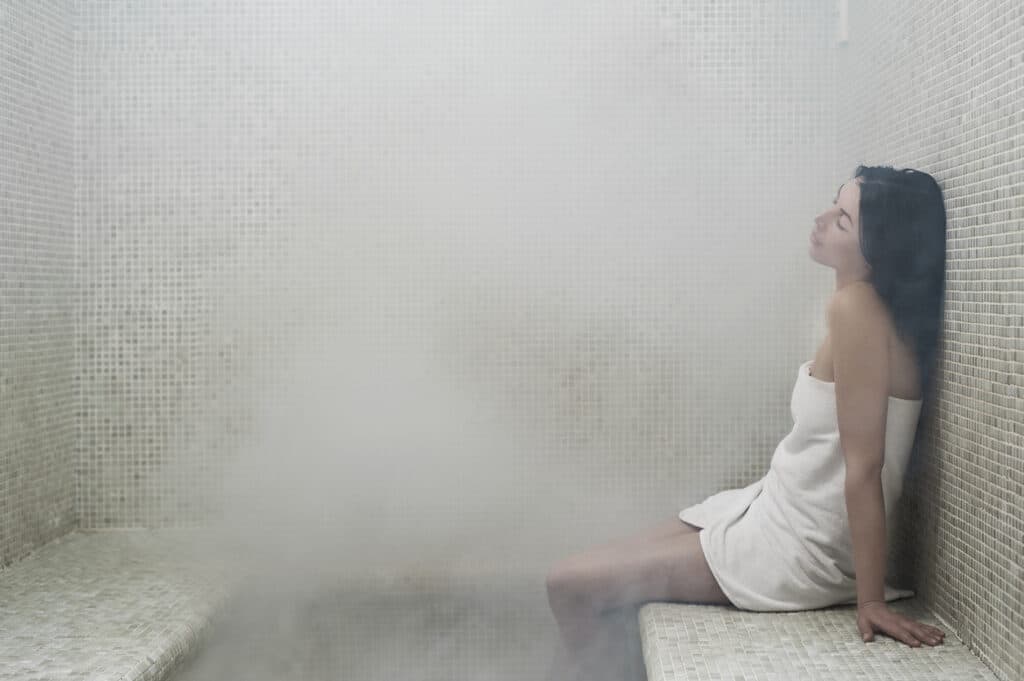 As with many of the leisure activities and pastimes we still enjoy today, spas and treatments took off in the 19th century. Thanks to the technological advancements of the Victorian era, attending spas and public thermal baths came with fewer health risks than previous generations. Additionally, treatments also became more comprehensive and commonplace – including massages, facials, beauty treatments, and therapies imported from overseas.

It was in the late 19th and early 20th centuries that the first spa resorts emerged. For the first time, holidays and short breaks were centred around the spa experience, with wealthy individuals travelling by train to spa destinations around the country and beyond.

Thanks to a rich and illustrious history, the modern spa is considered the ultimate destination for rest and relaxation – and not just for a lucky few wealthy enough to experience them. With more spa treatments, therapies, and experiences to enjoy than ever before, everyone can feel the benefit of these special centres of health and wellbeing.

Technology, technique, and a collective sharing of ideas have combined to make the modern spa a true centre for luxury and relaxation. From aromatherapy and Ayurveda to body wraps, massages and hot stone treatments, there is much to enjoy at the spas of today, and treatments to ease a wealth of aches and ailments.

While new, modern practices have transformed traditional spa days and treatments, frequent spa-goers owe much to the early iterations mentioned in this post. Because without the pioneering Romans and those brave enough to visit the bathhouses and treatments rooms of the medieval period, the spas we know and love today may never have been. 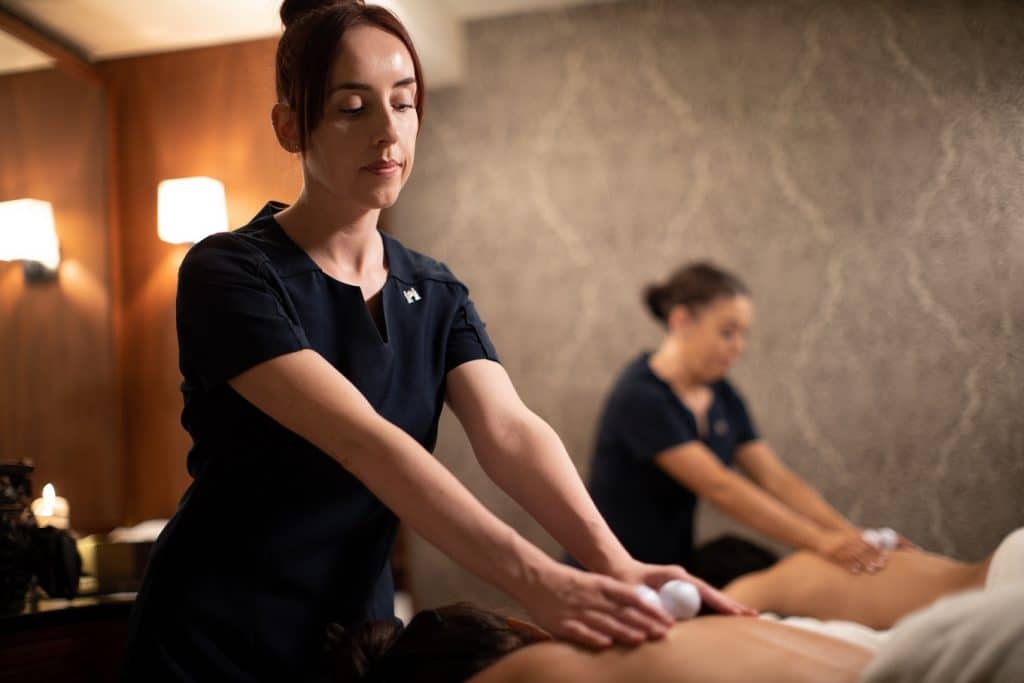 Savour Some Contemporary Indulgence at The Mere Spa

At The Mere, our award-winning Spa and Health Club is founded on history and tradition, yet fully in touch with the treatments, therapies, and techniques of today. Whether you’re looking to simply relax by the pool or enjoy a facial, massage or full body treatment, The Mere is the perfect place to unwind, refocus and enjoy some all-important me time.

Whether it’s just for the day or you’re making a weekend of it, our Spa and Health Club is ready to welcome you. With a heated indoor pool and premium spa facilities, you’re invited to get away from it all and enjoy the ultimate escape for body and mind. For more information or to book, visit the homepage or call us on 01565 830155.